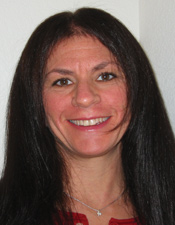 Phyllis Resnick is Executive Director and Lead Economist for the Colorado Futures Center at Colorado State University. In addition, she is an independent consultant with a practice that focuses on economic forecasting, revenue and fiscal sustainability studies for state and local governments, and economic impact studies.  Her current and past clients include the Governor’s Office of State Planning and Budgeting, the region’s metropolitan planning organizations, many of Colorado’s municipal governments, and the State of Hawaii.

Resnick is the former lead economist for the Center for Colorado’s Economic Future and for the Colorado Economic Futures Panel, both at the University of Denver. For much of 2012, she traveled throughout Colorado presenting the findings from the Center’s award-winning fiscal sustainability study and advised the state of Hawaii on issues of fiscal sustainability.  In 2007-08 she served as research staff to DU’s Strategic Issues Panel exploring changes to the state’s constitution.  She has led and authored a number of studies looking at state and local tax policy and burdens within Colorado and has spoken nationally on the impact of Colorado’s TABOR Amendment and the role of the initiative process in formulating fiscal policy in Colorado.

Resnick completed her master’s and doctoral degrees at the CU-Boulder and CU-Denver respectively, and her research explored the effect of tax and expenditure limitations on tax reform efforts in the states.