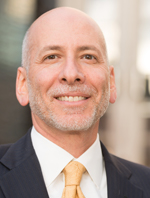 Henry Sobanet is a Colorado native, educated at Regis Jesuit High School, and holds bachelor’s and master’s degrees from the University of Colorado.

He began his professional career as an economist at the Colorado Legislative Council, the nonpartisan research office for the state legislature.

Henry’s first employment at the Governor’s Office of State Planning and Budgeting was in 1999 as Deputy Director. In September 2004, Governor Bill Owens appointed him to be Director of the office where he served through the end of the term.

From 2007 to 2011, he was President of Colorado Strategies LLC, a firm that specialized in economics, public affairs, and strategic management, notably in the areas of state tax policy, ballot issues, health care, and advising members of the business community.

In 2011, Governor John Hickenlooper asked Henry to return as Director of the Office of State Planning and Budgeting.  During his tenure, OSPB created a performance management academy for state government leadership, fostered the adoption of Lean process improvement efforts in all state departments, and re-wrote the State’s strategic planning and performance management law. These efforts have received both in-state and national accolades in several books, articles, and an academic review from the University of Colorado.

Currently, Henry is serving as the Senior Vice Chancellor of Administration and Government Relations/Chief Financial Officer of the Colorado State University System. In this role he covers system-wide financial issues and long-term planning, annual budgeting, treasury functions, and government affairs.

Henry has served on a number of boards and commissions, including the Colorado Transportation Commission and the Second Judicial District Nominating Commission.  He is currently a board member of the Jefferson County Human Services Foundation. 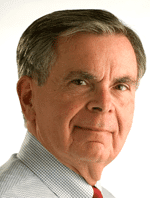 Fred Brown was chief of The Denver Post’s state capitol bureau when he retired in 2002 after nearly 40 years at the paper, mostly covering politics. He continued to write a political column after retirement. He is currently an adjunct instructor in media ethics at the University of Denver and a consultant on media ethics. He was national president of the Society of Professional Journalists in 1997-98 and edited its 2011 ethics textbook . He has been or is now a board member of the Sigma Delta Chi Foundation, Colorado Public Radio, Denver Press Club, Colorado Freedom of Information Coalition, and the Community College of Aurora Foundation. 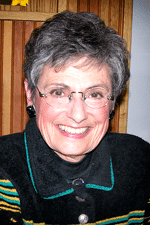 Marcy Morrison served as the Colorado Commissioner of Insurance from 2006 to 2010 when she retired after a long and distinguished career in state and local government and community affairs. Previous to becoming the state’s Commissioner of Insurance, Morrison served as Mayor of Manitou Springs from 2001 to 2006 and as a state representative from 1992 to 2000, being appointed to leadership positions as Chair of the Health, Environment, Welfare and Institutions Committee of the Colorado House of Representatives and Chair of the General Assembly’s Health Care Policy Taskforce. Morrison was elected as a County Commissioner in El Paso County, one of Colorado’s largest counties, serving from 1985 to 1992, responsible for managing the extensive operations of a large county government and collaborating with several municipal governments, state and local elected officials, and citizen groups. Marcy has continuously served on an extensive list of boards and commissions throughout her career, including as a Trustee for of Colorado Springs Memorial Hospital, the Economic Development Board for Manitou Springs, the Manitou Springs Urban Renewal Authority, the Pikes Peak area Council of Governments, the Pikes Peak regional Transportation Authority, the Colorado State Board of Health, the El Paso County Mental Health association, and the Manitou Springs Board of Education, to name just a few. Marcy has received awards from several prominent organizations, including the Colorado Springs Business Journal, the National Association of Insurance Commissioners, the American Medical Association, the Colorado Association of Community Center Boards, the American Cancer Society, AARP, the Colorado Mental Health Association, and the National Alliance for the Mentally Ill, among many others. Morrison holds a degree from Queens College, New York, and has done graduate work at the University of Colorado at Colorado Springs and The Colorado College, and was a Gates Fellow at the Senior Executives in State and Local Government Program at Harvard University’s Kennedy School of Government. 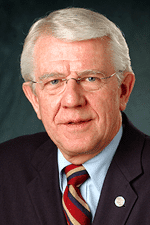 Paul Schauer serves as a marketing consultant for OpTerra Energy Services. Prior to his service to OpTerra, Schauer was the Executive Director of the Colorado Ready Mixed Concrete and Rock Products Association and formerly a long-time employee of Gates Corporation (formerly gates Rubber Company) managing Gates’ government relations program. In addition to his private sector background, Paul Schauer served Colorado as an elected official, including service as the University of Colorado Regent from 2003 to 2009 and a Colorado State Representative from 1979 to 1999. While serving in the Colorado House of Representatives, Schauer served in several leadership capacities, including 10 years as the Chairman of the House Finance Committee, 8 years as Chairman of the House Business Affairs and Labor Committee, 5 years as a member of the bipartisan Legislative Audit Committee, including one year as the committee’s chair, Chair of the legislatively created Colorado Tax Commission, Speaker of the House Pro Tem for 4 years, Chair of the Legislative Council, Chair of several of the General Assembly’s legislative interim committees, and Chair of the State Issues section of the National Conference of State Legislatures. Schauer was a Fellow at the Program for Senior State and Local Officials at the Kennedy School of Government at Harvard University as well as the Haus Rissen International Institute of Politics and Economics, Hamburg, Germany.