More than 80 percent of Coloradans pay more in school property taxes than they would if voters had never enacted the Taxpayer Bill of Rights, according to a study by the Colorado Futures Center at Colorado State University and published by the Lincoln Institute of Land Policy, a nonpartisan think tank.

Tax and expenditure limits enacted as part of the 1992 TABOR voter initiative have led to inconsistent and unequal property tax burdens in Colorado, with state taxpayers increasingly subsidizing a handful of often-wealthy school districts, according to the Lincoln Institute working paper, Measuring the Impact of Tax and Expenditure Limits on Public School Finance in Colorado.

Resnick and co-authors Charles Brown and Deborah Godshall analyzed the impacts of reforms intended to reduce property tax burdens and control spending for public education. A mathematical simulation modeled what tax burdens would be without two property tax related provisions of the Taxpayer Bill of Rights, a 1992 state constitutional amendment that limited taxes and spending for all units of government and barred tax rate increases without voter approval.

Highlights of the research include:

The study and research summary is available for download at the Lincoln Institute website: Measuring the Impact of Tax and Expenditure Limits on Public School Finance in Colorado. 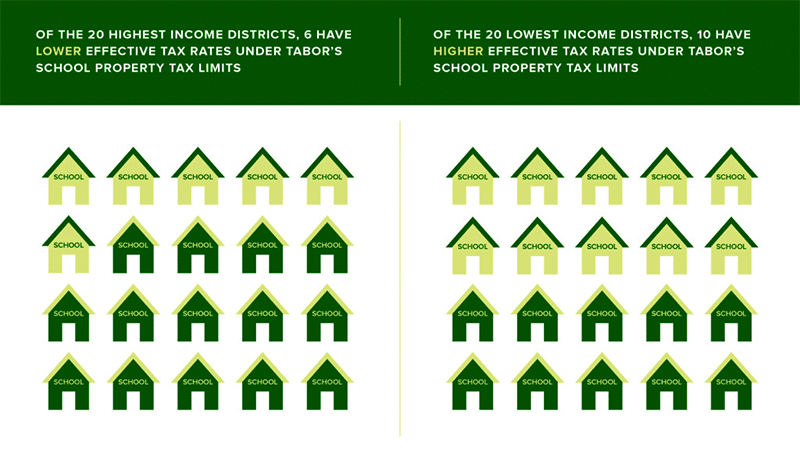